The Five Financial Rules to Saving

The possibility of owning a home has perhaps become a faint dream for many younger Australians, but the need to save and build wealth remains the most fundamental aspect of any financial plan.

Despite the attractiveness of making as much money as possible, ultimately “it doesn’t matter what you earn, it’s what you keep”, Firefly Wealth director Adele Martin says.

Accordingly, here are five financial rules to saving young people would be wise to learn early.

Rules to Saving 1. Timing is everything

Never does this ring truer than when you are young and have the benefit of having years to accumulate and compound wealth.

“Often, when people are getting closer to retirement, that’s when people are looking to fatten up their cash reserves so that if a GFC-style event happened again they have a couple of years of their income needs sitting there in cash,” Ms Martin told nestegg.com.au.

“Someone who is younger, however, can afford to take a bigger risk as they have the time to be able to recover.”

If the market goes through a downturn when you’re still young, you can afford to ride out any volatility as long as you…

By ensuring you always have enough money to cover your regular expenses, you can avoid incurring costly debt.

“It sounds simple but managing your cash flow is so important. By making sure that more is coming in than is going out, you won’t get caught out,” Ms Martin said.

“However, if you do find yourself in debt, be sure to make paying it off your top priority.”

Rules to Saving 3. Slow and steady wins the race

Beyond having the years to ride out market volatility, saving is made considerably easier when you can do so incrementally.

“A lot of people spend more than they think on things like groceries. If you can save $100 a week, then you save $5,000 a year. It’s those little changes that have a massive impact.”

Rules to Saving 4. “The most powerful force in the universe is compound interest” – Albert Einstein

While the amount you may be able to save early on may seem small, the power of compound interest over many years means even the smallest savings can transform into something consequential.

A popular long-term investment vehicle such as index funds can be perfect for young investors.

“Personally, I’m a big fan of index funds as you get exposure to lots of different asset classes, you’re diversified and you don’t have to have a massive account balance to start that,” Ms Martin said.

Lastly, when you are on top of your debts and you are looking to invest, it’s vital you retain a rainy day fund in case of surprises.

“One of the mistakes of your 20s is not having an emergency fund built up. Having between one and three months of expenses saved up is not a bad rule of thumb,” Ms Martin said.

“If you get made redundant or something happens, you’ll have money to fall back on. If you don’t have that, that’s when you build up credit card debt and then you can get in a vicious cycle that’s hard to get out of.”

Call us for a free chat today 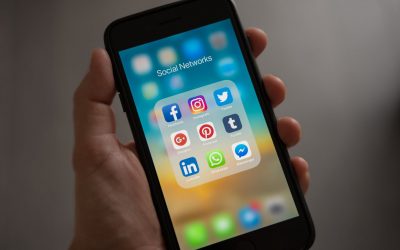 How Social Media Affects Your Spending

Do you know how social media platforms can influence you to spend impulsively?  Is there an association between social media usage and spending? Research shows there is. For example, one study found that social networks such as Facebook and Instagram can motivate... 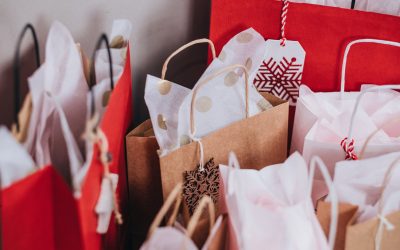 If five golden rings and a whole menagerie of birds sounds like it might blow the budget this year, then perhaps the classic carol needs a rewrite. That’s why we’ve put together a list of hot tips to make this Christmas a breeze without scorching a hole in your hip...

Low Interest Rates And Uncertainty: What Does it Mean for You?

Like it or not, we live in interesting times. More than a decade after the Global Financial Crisis, the global economy is facing fresh headwinds creating uncertainty for policymakers and investors alike. This time around it’s not a debt crisis, although debt levels...

Sign up to receive news and updates from Polaris Financial