Housing Market According to Deloitte

According to a report released Thursday, a significant rise in interest rates or a drop in wages will trigger a fall in property prices, putting aside factors such as a major tax reform or reduced population growth.

The more likely situation of the two is a jump in the official interest rate, according to the Deloitte Australian Mortgage Report released on Thursday, due to the economy’s relative health. This would make home loan repayments more expensive for existing borrowers and lead to added stress, considering that there has also been low wage growth and inflation. There is a percentage of existing borrowers out there who have not experienced any significant rate rises, due to the official interest rate set at record lows. 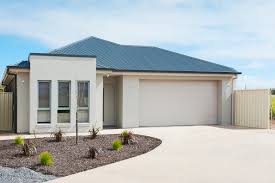 The report goes on to say that although interest rates were more likely to rise now compared with a year ago, they were unlikely to increase quickly.

The Deloitte report mentions that, housing affordability, particularly in Sydney and Melbourne markets, was expected to be an ongoing concern this year. House prices are expected to grow at more moderate levels in 2017 than the past few years; with Sydney and Melbourne likely to outperform Brisbane and Perth.
Across the country, total new lending, including refinancing over the 12 months to December, has been flat at $384 billion.
Growth of new mortgage lending is tipped to slow to a modest 1 to 5 per cent this year. Last year was also the first year since 2012 that settlements did not grow.
A correlation between the population growth has driven housing demand. Australia’s population from 1985 to 2005 grew on average at about 220,000 per annum. Since then, Australia’s population growth has increased to 360,000 per annum.